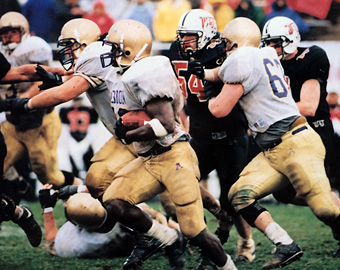 The Britons still hold a place in MIAA history as the only league team to win a football national championship. The Britons had picked up momentum all through their MIAA schedule, outscoring league opponents 220-45, but the playoffs proved tough going. Each of the three playoff games went to the final minute before the winner was determined. Against Augustana, Albion survived a fourth quarter Viking comeback from a three-touchdown deficit to win 28-21. Albion’s defense forced 12 turnovers from Mount Union and St. John’s, but it took two extra-point kick blocks to preserve the win over Mount Union, 34-33, and a come-from-behind drive in the final four minutes for the Britons to escape Minnesota with a 19-16 victory. 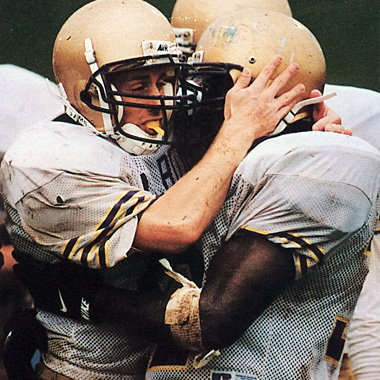 Arriving as a distinct underdog at the NCAA Division III championship game—the Amos Alonzo Stagg Bowl in Salem, Virginia, December 10, 1994—Albion faced Washington & Jefferson, a playoff participant in each of the past five years and the pre-season favorite for the title. Albion would not be denied. The Britons sailed to a 38-15 triumph that included 31 unanswered points in a 30-minute stretch. No last-minute heroics were needed this time. Albion blew the game open with a 17-point second quarter, and then locked up the win with two second-half touchdowns.

Individually, seniors Jeff Robinson and Jim Davis saved their best performances for the final game of their collegiate careers. Robinson rushed for 166 yards and three touchdowns to lead the offense. Davis was the defensive standout, registering 15 tackles, including three for loss and a quarterback sack. 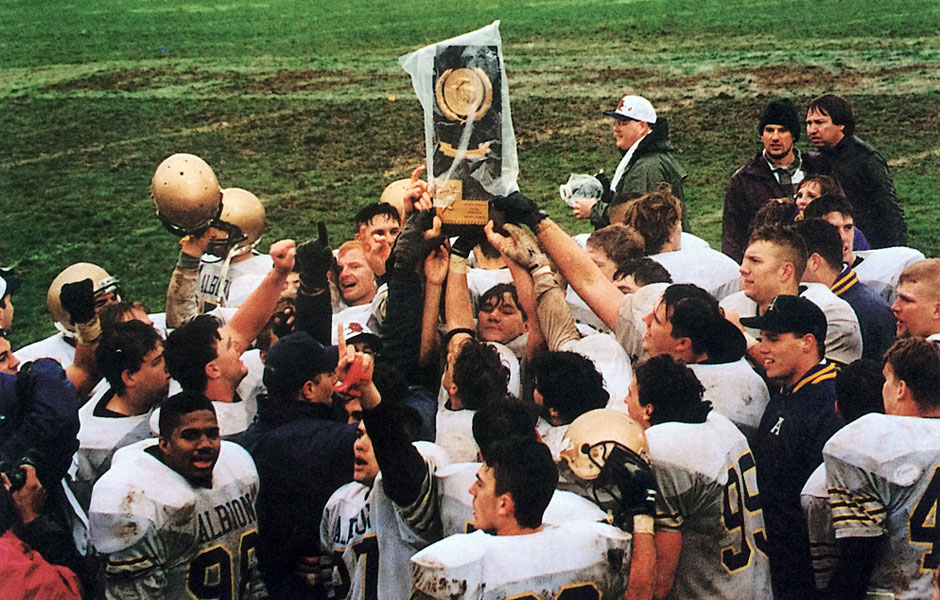